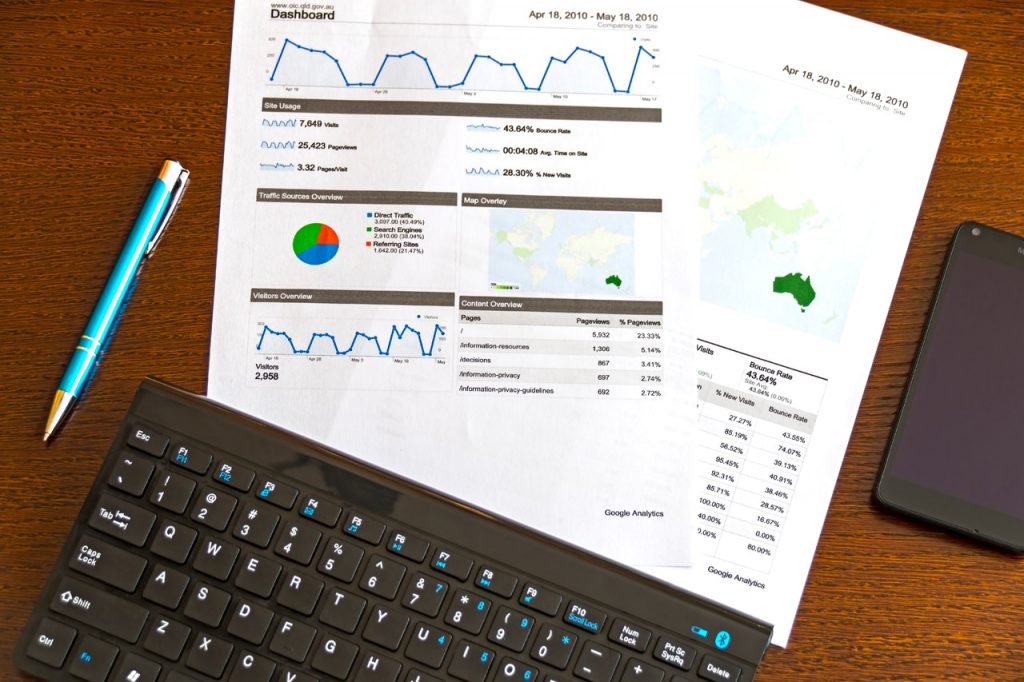 It’s no secret that the best decisions are made when you have the right information. This is true whether you’re buying a home or expanding an international business. The challenge is getting data in the first place.

Survey tools are an important part of this process – making it possible to communicate with a large number of people at a much lower cost than would normally be possible.

In this guide, you’ll learn about the best survey tools on the market, what they bring to the table, and the kind of use case it’s ideal for. At the end, you’ll know which ones should be a good fit for your brand.

Paperform is a form builder and survey maker that has been around for half a decade. In that time, it has developed a robust tool that many types of businesses can take advantage of. It refers to itself as a combination landing page builder and form builder.

You’re able to take advantage of dozens of question types, create conditional logic, perform calculations collect payments, integrate directly with your website, booking management, and so much more. Paperform is one of the most versatile survey tools on this list and doesn’t force you into one style or type of survey.

Of course, it’s customizable and you can choose from a large collection of templates depending on your needs. The analytics are simple and you won’t be able to perform advanced statistical analysis but it should be enough for most users. The last thing to note is that there are multiple direct integrations and even integrations that are made possible through Zapier.

Keep in mind that we may receive commissions when you click our links and make purchases. However, this does not impact our comparisons and recommendations. We try our best to keep things fair and balanced, in order to help you make the best choice for you.

Paperform has three pricing plans which are divided based on features and usage limits.

Typeform is an old player when it comes to surveys and forms. It was one of the first pioneers of the conversational form movement and, to be frank, it hasn’t changed much since then. You can create surveys with one question per page which is designed to improve completion rates. In that regard, it’s pretty rigid.

There are multiple question types such as rating questions, open-ended questions, multiple-choice, image upload, and many more. It also excels in allowing you to use complex logic to create unique forms that can even be used as quizzes.

In recent years, it has invested more time into creating marketing features and integrations with marketing tools. Now it allows you to segment leads, create personalized conditional workflows for users, set up conversion tracking pixels in your forms, embed it almost anywhere, and much more.

One drawback of Typeform is that the lowest plan is extremely limited when it comes to the core survey features. You’re only able to collect 100 responses which may be the lowest limit on this list.

It has a free plan which allows you to play around with the platform and collect a few survey responses. There are three paid plans which are divided based on usage limits and features.

SurveyMonkey is a survey tool that has been around for decades and is even publicly traded. Needless to say, it has the features you need to build surveys and forms that get the job done.

You’re able to choose from multiple question types, access a collection of over 100 templates, use decent customization options, and take advantage of over one hundred native integrations.

If you have need of more robust data analysis then SurveyMonkey is a great choice.

There are many pricing plans but you can use the tool for free and then upgrade when you need more power.

QuestionPro has also been around since the turn of the century but it’s not quite as popular as SurveyMonkey. Over time, it has developed multiple products to enhance customer research and even employee engagement.

For the core survey software, it has the features you’d expect such as conditional logic, multiple survey templates, standard and unique question types, customization options, and a decent collection of integrations.

One of the areas it excels is the reports you can generate based on the data gathered through a survey. It supports cross-tabulation, sentiment analysis, banner tables, correlation analysis, word clouds, and many more.

QuestionPro isn’t a platform you’d expect to be on the cutting edge of innovation but it is consistent. You can’t go wrong when using the platform for basic and advanced surveys.

It has a free plan you can use to get started then its paid plans start at $129/m.

Tally is a new player in the survey maker game but it has done relatively well for itself in a short time. The goal of the team is to create the simplest survey builder available.

To make that possible, the survey builder works similarly to a word processor. There are many keyboard shortcuts you can use, it comes out of the box with a large collection of question types, and you can even collect payments.

It’s customizable to an extent but not as versatile as a tool like Paperform. At least, not yet. It also has a relatively small collection of survey templates that you can use to build a survey quickly.

It has a generous free plan for now. I think part of this is because it’s new and it’s trying to attract users. There’s a single paid plan which is $29/m.

While FormPlus isn’t nearly as popular as other tools on this list, it has been around for a while and will almost always get the job done. The interface and end result of your work can seem dated at times but, if you can look beyond that, it has a solid feature set.

There are many types of questions that you can ask, the surveys support autofill, there’s logic branching, you’re able to customize your surveys with your branding, it supports approval workflows, custom thank you messages, detailed analytics, and more.

Again, FormPlus may not be on the cutting edge of the survey industry, but it does get the job done as long as you don’t have a need for advanced features and complex reports.

There is a free plan limited to 50 submissions a month then there are three paid plans.

Survicate is a survey tool that seems to have an emphasis on marketing and product teams and the feature set reflects that. Its goal is to unify the feedback you get across your organization in one place.

To that end, it can be deeply embedded in the tools you already use like Slack and email. When you collect feedback from those places, it pulls everything into Survicate for you to analyze and take action on.

There are multiple question types like the NPS question, over 100 templates, you’re able to send out email links, embed on your website, customize the look and feel, and automated reports. It doesn’t have the largest collection of features but it’ll serve its target audience well.

It has a free plan which comes with 25 survey responses and three paid tiers.

SurveySparrow describes itself as an experience platform for enterprises. It’s a fancy way of saying a survey maker because the core of what it does is collect and analyze data through forms.

As you can see, this survey tool has the features you need to make data collection a breeze.

Jotform has been in the form building space since 2006 – nearly two decades – and has made a name for itself as a robust survey tool. Today, it boasts over 10,000,000 users and a wide range of basic and advanced features.

Jotform goes even further by making it possible to convert form responses to PDF documents, create applications, build out approval workflows, an intuitive report builder, and many other tools that go well beyond a form builder.

Jotform is actively developing its platform so its users are often pleasantly surprised by what it brings to the table.

It has a free plan that you can use to familiarize yourself with the product.

Formstack is another old player in the form building space. It provides multiple auxiliary functions that work seamlessly with its form builder to get you above-average results. The form builder itself is a bit dated but it’ll get the job done.

The platform uses a drag-and-drop form builder, supports conditional logic, comes with multiple question types, allows you to share and embed easily, and supports multiple workflow automation rules. It also has a good number of templates, allows for calculations, and lets customers to collect payments.

It builds on the standard features it has with electronic signatures, reusable form fields, partial submissions, data routing functionality, smart analytics (seeing where people are dropping off), and campaign tracking.

It has a 14-day free trial that users can access without a credit card. From there, it has three paid plans.

Google Forms is a free tool from Google that lets you quickly spin up basic forms that’ll allow you to collect information from your audience in a few moments.

It has multiple question types, allows for basic customization, and simple reports that’ll allow you to quickly analyze your results.

Google Forms isn’t something that stands out from the pack. It’s basic at best but is also quite convenient for quick surveys. It only integrates with Google Sheets.

There are countless survey makers on the market and each one brings something different to the table. That could be the UI, the features, or the integration ecosystem. Whatever the case, it’s necessary to understand what you want and what each tool offers.

This guide has gone through the best survey tools available right now. If you want something that’s versatile then Paperform is a good choice. If you’re looking for a proven tool then Typeform or SurveyMonkey have you covered. If you’re keen on saving money, Google Forms or Jotform are both good choices.

Let me know if I’ve missed any great survey tools and don’t forget to share.

Trusted Strategies. Reliable Growth. By Experts Who Have Done It Before.